3D
Scan The World
1,645 views 86 downloads
1 collection
Community Prints Add your picture
Be the first to share a picture of this printed object
0 comments

Originally destined for the ministry, Herdman (1829-1888) abandoned his religious studies to train as a painter under Robert Scott Lauder. Like most Scottish artists of his time, he chose his subjects from Scottish history and literature. In later life he became a good friend of Professor Blackie, who was professor of Greek at the University of Edinburgh and a leading member of the Celtic Revival. Some of Herdman's later works reflect those interests. 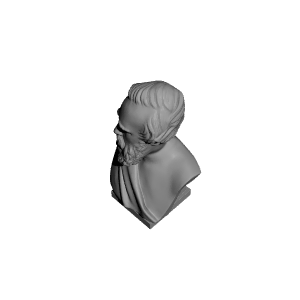