3D
Scan The World
3,021 views 89 downloads
Community Prints Add your picture
Be the first to share a picture of this printed object
0 comments

A former radical, Southey was Poet Laureate from 1813 to his death. Despite Byron's criticism of his 'blank verse and blanker prose', his prose is commonly regarded as superior to his poetry. He wrote histories and biographies as well as essays and reviews for the periodical press. After 1810, he was associated with the Tory Quarterly Review- a rival to Francis Jeffrey's Edingburgh Review.

This sculpture is on permanent displa at the National Portrait Gallery in London. It was sculpted in marble by Sir Francis Chantrey, dated upon its completion in 1832. 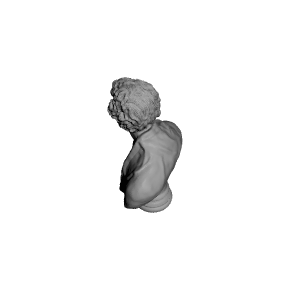 ×
0 collections where you can find Robert Southey at the National Portrait Gallery, London by Scan The World