3D
360°
Scan The World
1,694 views 54 downloads
1 collection
Community Prints Add your picture
Be the first to share a picture of this printed object
0 comments

Thomas Houseago is a British contemporary artist. He was born in 1972 in Leeds, England, and he studied at Jacob Kramer College, Leeds, England from 1990 to 1991, received a BA in 1994 from Saint Martin’s School of Art, London, and studied at De Ateliers, Amsterdam, from 1994 to 1996. His work portrays the human form, and while he mostly uses traditional media, the final pieces often carry traces of their creation, as well as the intricate form of the human nature, elevating the idea of a typical figure or portrait. He also often incorporates less used media like hemp. 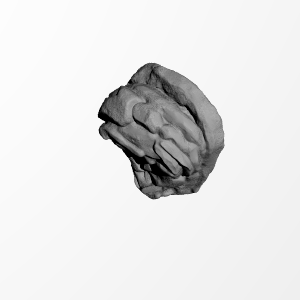