3D
Scan The World
1,512 views 72 downloads
Community Prints Add your picture
Be the first to share a picture of this printed object
0 comments

Rudolf Khametovich Nureyev (1938–1993) was a Soviet ballet and contemporary dancer and choreographer. He was director of the Paris Opera Ballet from 1983 to 1989 and its chief choreographer until October 1992. He is often nicknamed the Lord of the Dance.

Alexander Burganov (born 1935) is a Russian sculptor, a National Artist of Russia, and a member of the Russian Academy of Fine Arts. His art is generally abstract and often uses fragments of human or animal bodies (especially horses) to build a bigger picture. 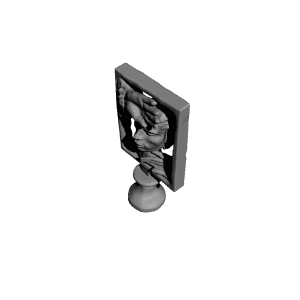