3D
Featured Scan The World
2,548 views 192 downloads
2 collections
Community Prints Add your picture
Be the first to share a picture of this printed object
0 comments

Saint Dominic, fragment of an altarpiece (?) Attributed to the workshop of the Master Arnt (active in Kalkar and between 1476 and 1484, died in Zwolle in 1492), Kalkar, around 1480, oak. Musée du Cinquantenaire (Brussels, Belgium). Made with ReMake and ReCap Pro from AutoDesk.

The founder of the religious order of the Dominicans puts his right foot on a dog. According to tradition, the mother of Dominica would have dreamed that she was going to give birth to a dog holding in his mouth a lighted torch with which he was going to set the world ablaze. This attribute also illustrates the word play made on the saint’s Latin name, “Domini Canis”: the dog of the Lord. 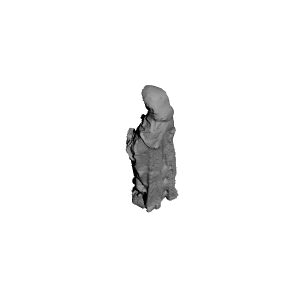 ×
2 collections where you can find Saint Dominic by geoffrey.marchal