The Sainte Chapelle is a Gothic chapel in the pre-14th century residence of the Kings of France.

Saint James was one of the original apostles, a fisherman who was chosen by Jesus alongside his brother John.

The statue was built at some point between 1238 and 1248 when the chapel was consecrated. 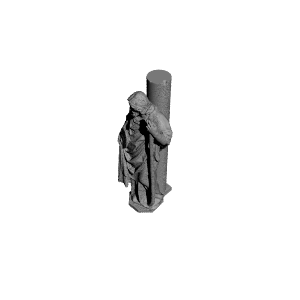