3D
Scan The World
2,886 views 197 downloads
2 collections
Community Prints Add your picture
Be the first to share a picture of this printed object
0 comments

The legend of Saint Margaret, the Early Christian martyr also known as Marina, details the many painful ordeals she endured before her eventual death during the reign of Emperor Diocletian (r. 284–305). Having been swallowed by the devil in the guise of a dragon, the saint burst unharmed from its body after making the sign of the cross.

Dating from about 1475, this work is an outstanding example of the Languedoc style of the late fifteenth century, which was centered in medieval Toulouse. This work is remarkable for the contrast of the idealism and delicacy of the figure set against the scaly and coarse textures of the lizard-turned-dragon at the base of the composition. 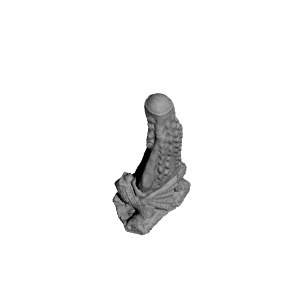