3D
Support Free Featured
6,618 views 364 downloads
Community Prints Add your picture
Be the first to share a picture of this printed object
0 comments

The San Francisco Giants are an American professional baseball franchise based in San Francisco, California. The Giants are a member of the National League West Division of Major League Baseball (MLB) and the current World Champions. Originally known as the New York Gothams, the team moved to San Francisco in 1958.

As one of the longest-established professional baseball teams, the franchise has won the most games of any team in the history of American baseball, and any North American professional sports team. The team was the first major league team based in New York City, most memorably playing at the legendary Polo Grounds. They have won 23 National League pennants and appeared in 20 World Series competitions – both records in the National League. The Giants' eight World Series Championships rank second in the National League (the St. Louis Cardinals have won 11) and are tied for fourth overall with the Boston Red Sox behind the New York Yankees with 27, the Cardinals, and the Oakland Athletics with nine. The Giants have played in the World Series 20 times (14 times in New York, 6 times in San Francisco, the most recent being 2014), but boycotted the event in 1904. 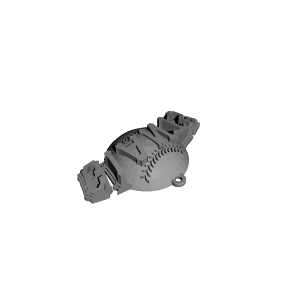