Sarcophagus panel depicting a portrait of the deceased at The State Hermitage Museum, St Petersburg

3D
Scan The World
1,571 views 65 downloads
1 collection
Community Prints Add your picture
Be the first to share a picture of this printed object
0 comments

Sarcophagus panel depicting a portrait of the deceased at The State Hermitage Museum, St Petersburg

A sarcophagus (meaning "flesh-eater" in Greek) is a coffin for inhumation burials, widely used throughout the Roman empire starting in the second century A.D. The most luxurious were of marble, but they were also made of other stones, lead and wood. Prior to the second century, burial in sarcophagi was not a common Roman practice; during the Republican and early Imperial periods, the Romans practised cremation and placed remaining bones and ashes in urnes or ossuaries. 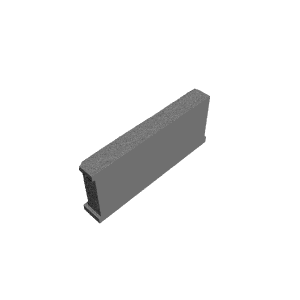 ×
1 collections where you can find Sarcophagus panel depicting a portrait of the deceased at The State Hermitage Museum, St Petersburg by Scan The World