Sarcophagus Wall- Achilles on the Island of Sycros

3D
Scan The World
2,537 views 83 downloads
Community Prints Add your picture
Be the first to share a picture of this printed object
0 comments

Sarcophagus Wall- Achilles on the Island of Sycros

The Hagia Triada sarcophagus is a stone sarcophagus elaborately painted in fresco; one style of later Ancient Greek sarcophagus in painted pottery is seen in Klazomenian sarcophagi, produced around the Ionian Greek city of Klazomenai, where most examples were found, between 550 BC (Late Archaic) and 470 BC. They are made of coarse clay in shades of brown to pink. Added to the basin-like main sarcophagus is a broad, rectangular frame, often covered with a white slip and then painted. The huge Lycian Tomb of Payava, now in the British Museum, is a royal tomb monument of about 360 BC designed for an open-air placing, a grand example of a common Lycian style.

Ancient Roman sarcophagi—sometimes metal or plaster as well as limestone—were popular from about the reign of Trajan, and often elaborately carved, until the early Christian burial preference for interment underground, often in a limestone sepulchre, led to their falling out of favor. However, there are many important Early Christian sarcophagi from the 3rd to 4th centuries.

Most Roman examples were designed to be placed against a wall and are decorated on three of the sides only. Sarcophagi continued to be used in Christian Europe for important figures, especially rulers and leading church figures, and by the High Middle Ages often had a recumbent tomb effigy lying on the lid. More plain sarcophagi were placed in crypts, of which the most famous examples include the Habsburg Imperial Crypt in Vienna, Austria. The term tends to be less often used to describe Medieval, Renaissance, and later examples.

In the early modern period, lack of space tended to make sarcophagi impractical in churches, but chest tombs or false sarcophagi, empty and usually bottomless cases placed over an underground burial, became popular in outside locations such as cemeteries and churchyards, especially in Britain in the 18th and 19th centuries, where memorials were mostly not highly decorated and the extra cost of a false sarcophagus over a headstone acted as an indication of social status.

This sarcophagus in particular portrays an episode in the myth of Achilles, a Greek hero of the Trojan War. Alluded to in Homer's epic poem Iliad and included in other archaic Greek works, the episode is written down in detail in some later versions of the story, particularly the Achilleid by Statius. The story of how Achilles disguised himself as a girl at the court of the king of Skyros, fell in love with a princess, and married her before leaving for Troy, became a popular topic in arts and literature from Classical times until the middle of the 20th century. The carnavalesque disguises and gender transpositions at the heart of the story were particularly popular in opera, with over 30 different operas on the theme between 1641 and 1857. 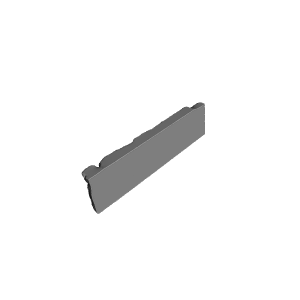