Sarcophagus with a scene of pancration

3D
360°
Scan The World
1,871 views 85 downloads
Community Prints Add your picture
Be the first to share a picture of this printed object
0 comments

Sarcophagus with a scene of pancration

This is a part of a sarcophagus, depicting a scene from a pancration - a rule-less wrestling sporting event introduced into the Greek Olympic Games in 648 BC. The relief shows a nude athlete sitting on the back of another, pressing on his face, while a referee raisese his arm in sign of victory.

It comes from Rome from 2nd century AD. 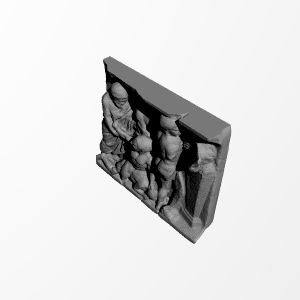