Sculpture of a Goddess Hera (?)

3D
Scan The World
1,884 views 96 downloads
Community Prints Add your picture
Be the first to share a picture of this printed object
0 comments

Sculpture of a Goddess Hera (?)

A headless sculpture, assumed to be the Greek goddess of women, marriage and birth, Hera. Married to her brother Zeus, she is the queen of the greek Gods, and was known for her jealous nature, usually portrayed in cult statues as solemn and majestic.

This piece can be best viewed from the front and its arms and head were created separately; she presumably held a spectre and a libation bowl in her hands. 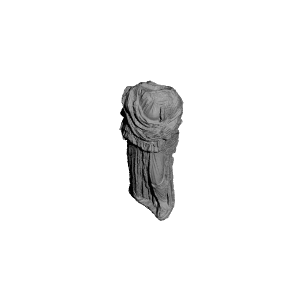 ×
0 collections where you can find Sculpture of a Goddess Hera (?) by Scan The World