Buddhist tradition tells of groups of 16, 18, or 500 luohans who were commanded by Buddha to await the coming of Maitreya, the Future Buddha. This promise of salvation held great appeal to Chinese Buddhists at the end of the ninth century, for they had just been through a period a great persecution, and a cult built around the luohans as guardians gained momentum at that time.

The Museum has two statues from a group of seated luohans purportedly found in a mountain cave near Yizhou, (now known as Yixian) in Hebei Province, and dating from this unsettled period. The polychromatic glaze covering the figures has strong parallels to the well-known sancai, or three-color, tradition found in earlier Tang-dynasty funerary figures. The high quality of the designs and the use of sophisticated techniques such as reinforcing rods have long led scholars to speculate that this example, and others from the set, may have been made at one of the imperial kilns, where large firing chambers and highly skilled craftsmen were available. 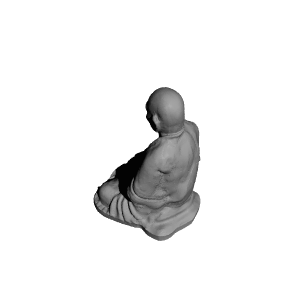 ×
2 collections where you can find Second Luohan at the MET, New York by Metropolitan Museum of Art
×
Francis Wang
@chieffabricator
0
Printed on: Other
Material: PLA
Posted at: 04th December 2021