3D
360°
Scan The World
1,712 views 102 downloads
1 collection
Community Prints Add your picture
Be the first to share a picture of this printed object
0 comments

Senenmut was an 18th Dynasty ancient Egyptian architect and government official who advised in the reign of Queen Hatshepsut and King Thutmose III. His name translates literally as "Mother's brother". In this sculpture, he is depicted in the classic kneeling pose known since the Fourth Dynasty (ca. 2625-2500 BC). Old and Middle kingdom kneeling statues show a subject with his hands resting on his thighs or holding a pair of tiny round vessels. 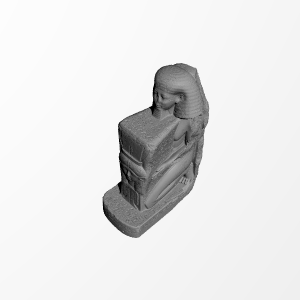