Sepulchre for the Gherardesca family

3D
360°
Scan The World
1,387 views 77 downloads
Community Prints Add your picture
Be the first to share a picture of this printed object
0 comments

Sepulchre for the Gherardesca family

This Sepulchre depicts Mary holding the baby Jesus, made as the upper part of the Gherardesca family. The work was originally housed in the Church of Saint Francesco. The Gherardeschi or della Gherardesca were a family of the Republic of Pisa of Longobard origin, dating back as early as the 11th century. They were one of the most prominent in Pisa by the middle of the 13th century. They were of Ghibelline sympathies and held the county of Donoratico. 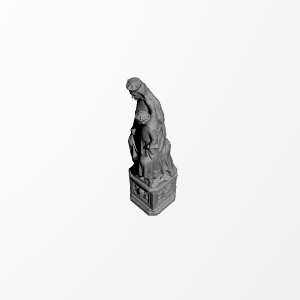