Shiva at the Guimet museum, Paris

Shiva at the Guimet museum, Paris

Shiva, also known as Mahadeva ("Great God"), is one of the main deities of Hinduism. He is the supreme god within Shaivism, one of the three most influential denominations in contemporary Hinduism. He is one of the five primary forms of God in the Smarta tradition, and "the Destroyer" or "the Transformer" among the Trimurti, the Hindu Trinity of the primary aspects of the divine. 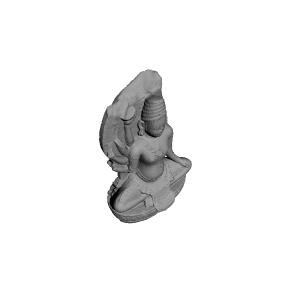 ×
3 collections where you can find Shiva at the Guimet museum, Paris by Scan The World
×
Hanoch Ben Hemmerich
@hanoch
4
Printed on: Wanhoa Di3
Material: PLA
Posted at: 26th June 2022