3D
Scan The World
1,498 views 49 downloads
Community Prints Add your picture
Be the first to share a picture of this printed object
0 comments

Luca della Robbia's Cantoria is considered as one of the Renaissance's greatest masterpieces. During the seven years it took della Robbia to carve the reliefs under the supervision of Brunelleschi, his style developed. While the earliest carved panels are fairly symmetric and lack movement, in later panels the movement of the singers becomes much more evident and dynamic. The Singing Gallery shows children singing, dancing, and making music to "praise the Lord" in the words of Psalm 150. Their figures are at once lively, finely observed, and gracefully combined in groups designed to fit the ten panels of the gallery. The advanced nature of the work has been seen to establish Luca della Robbia's skill in stone as well as secure his place as a major Florentine artist and student of Renaissance naturalism. 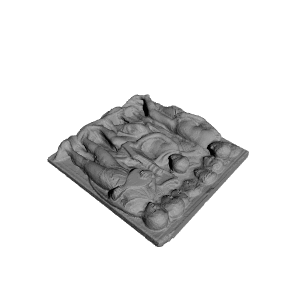