3D
Scan The World
3,644 views 109 downloads
1 collection
Community Prints Add your picture
Be the first to share a picture of this printed object
0 comments

Sir Andrew Fountain (1676–1753), virtuoso, born in 1676, was the eldest son of Andrew Fountaine, M.P., of Narford, Norfolk, by his wife Sarah, daughter of Sir Thomas Chicheley, master of the ordnance, and belonged to an old Norfolk family (see Burke, Landed Gentry, 1886, i. 673;Blomefield, Norfolk, vi. 233 f.). He was educated at Christ Church, Oxford, under Dr. Aldrich, proceeding B.A. 1696 and M.A. 1700, and studied Anglo-Saxon under Dr. Hickes, in whose ‘Thesaurus’ he published ‘Numismata Anglo-Saxonica et Anglo-Danica illustrata,’ Oxford, 1705, folio. Fountaine was knighted by William III at Hampton Court on 30 Dec. 1699, and succeeded to the estate at Narford on his father's death, 7 Feb. 1706. In 1701 he went with Lord Macclesfield on a mission to the elector of Hanover. He then passed through Munich, and travelled in Italy, buying antiquities and curiosities. In 1714 he stayed for a long time in Paris, and again visited Italy, staying nearly three years at Rome and Florence. In 1725 he was made vice-chamberlain to Princess Caroline, and he held the same office when she became queen. He was also tutor to Prince William, and was installed for him (as proxy) knight of the Bath, and had on that occasion a patent granted him (14 Jan. 1725) for adding supporters to his arms. On 14 July 1727 he succeeded Sir Isaac Newton as warden of the mint (Ruding, Annals, i. 29), and held the office until his death, which took place on 4 Sept. 1753 at Narford, where from 1732 he had chiefly lived surrounded by his collections. He was buried at Narford.

Fountaine was not married. His sister, Elizabeth, became the wife of Colonel Edward Clent. Their grandson, Mr. Brigg Price of Narford, assumed the name of Fountaine and has descendants. There are two busts of Fountaine, by Roubiliac and Hoare of Bath, in Wilton House (Michaelis, Ancient Marbles, p. 46), and at least three portraits (one a miniature) are, or were, preserved at Narford. A well-known portrait at Holland House, assumed to represent Addison, has been identified as a portrait of Fountaine [see under Addison, Joseph]. There is a portrait-medal of Fountaine, made in 1744 by J. A. Dassier, in the British Museum (Hawkins, Medallic Illustrations, ii. 590), and a rarer portrait-medal (specimen in Brit. Mus.) made at Florence in 1715 by Antonio Selvi. On the reverse is Pallas standing amidst ruins, works of art, coins, &c. (ib. ii. 433; cf. p. 434).

Fountaine was distinguished as a connoisseur, and his advice was much sought by English collectors of classical antiquities. He formed collections of china, pictures, coins, books, and other objects. When laying out money on his seat at Narford he sold his coins to the Earl of Pembroke, the Duke of Devonshire, and the Venetian ambassador, Cornaro. He lost many of his miniatures, &c., in a fire at White's Chocolate-house, in St. James's Street, London, where he had hired two rooms for his collections before removing them to Narford. The remarkably fine Fountaine collection of Palissy ware, Limoges enamels, Henri Deux ware, and majolica—sold at Christie's for a large sum 16–19 June 1884—owed its origin to Fountaine. His descendant, Mr. Andrew Fountaine (d. 1873), had, however, added many choice specimens, especially of majolica (see the Fountaine Sale Catalogue; and the Academy, 1884, pp. 446, 464). Fountaine incurred the displeasure of Pope, who unfairly attacks him as the antiquary Annius (according to the seemingly correct identification of Warton) in the ‘Dunciad’ (iv. l. 347 ff.; see Elwin and Courthope, Pope, iv. 361; A. W. Ward, Pope, Globe ed. 1876, p. 415):—

But Annius, crafty Seer, with ebon wand,
And well-dissembled em'rald on his hand,
False as his Gems, and cancer'd as his Coins,
Came, cramm'd with capon, from where Pollio dines.

The ‘ebon wand’ is his vice-chamberlain's black rod. The ‘emerald’—a genuine stone—was said some time ago to be in existence at Narford (for other references in Pope and Young to Fountaine as a virtuoso, see Elwin and Courthope, Pope, iii. 171–2).

Fountaine was a friend and correspondent of Leibnitz, who says in a letter that his wit and good looks made much noise at court when he was abroad. He became intimate at Florence with Cosmo III, grand duke of Tuscany, and their correspondence has been preserved. When in Ireland in 1707 with Pembroke, the lord-lieutenant, Fountaine became acquainted with Swift (cf. H. Craik, Life of Swift, pp. 136, 143). Swift and Fountaine were very intimate when in London from 1710 to 1712. Swift speaks, in his ‘Journal to Stella,’ of ‘sauntering at china-shops and booksellers’ with Fountaine, of playing ombre and ‘punning scurvily’ with him. They often visited the Vanhomrighs' house together at this time. When Fountaine was seriously ill in December 1710, Swift visited him and foretold his recovery, though the doctors had given him up. Fountaine seems to have corrected the original designs for Swift's ‘Tale of a Tub.’ 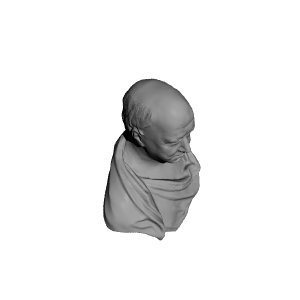