3D
Scan The World
4,695 views 106 downloads
Community Prints Add your picture
Be the first to share a picture of this printed object
0 comments

Welsh painter and horticulturist. He was a self-taught painter but attended the académies libres in Paris as a young man. He was a member of the art communities of Newlyn in Cornwall (1919–20), Paris (1921–6) and London (1926–39). Although he had experimented with abstraction c. 1922, he resigned from the society when it moved away from representation. Between 1937 and c.1975 Morris and Lett-Haines directed the distinctly non-academic East Anglian School of Painting and Drawing; in 1940 the school was moved to Morris's home at Benton End, Hadleigh, Suffolk, where he also cultivated a garden and bred irises.

Morris's paintings combine a strong sense of colour with pictorial economy, often with unusual tactility. Conveyed with great immediacy, a painting's principal motif is usually juxtaposed boldly with a contrasting background. His subjects include still-lifes and flower paintings, such as Iris Seedlings (1943; London, Tate); landscapes and townscapes, both local and from his wide travels; animals and birds, such as Greenland Falcon (1928; Belfast, Ulster Mus.). Some of his most arresting works are his penetrating portraits, for example that of his student Lucian Freud (1940; London, Tate). The attitudes implied by his paintings range from tenderness to satire. Morris, averse to English tastefulness, seemed at times closer to the sensibility of the Neue Sachlichkeit. His paintings include protests against prudery, environmental pollution and also hypocrisy, as in the Entry of Moral Turpitude into New York Harbour . 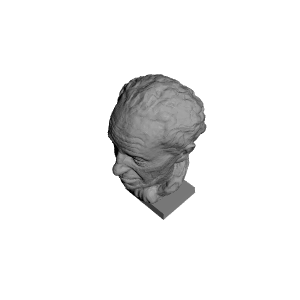 ×
0 collections where you can find Sir Cedric Morris at the Sainsbury Centre for Visual Arts, Norwich by Scan The World