3D
Scan The World
2,129 views 131 downloads
Community Prints Add your picture
Be the first to share a picture of this printed object
0 comments

Sir George Henschel (1850-1934), who was born in Silesia, made his career as a musician and founder of orchestras. During three years in the United States he founded the Boston Symphony Orchestra. He then settled in England, establishing the London Symphony Concerts and conducting the Proms. In 1893 he was made the first conductor of the Glasgow-based Scottish Orchestra (now the Royal Scottish National Orchestra). In 1901 he built a house for himself at Aviemore, which remained his base for the rest of his life. 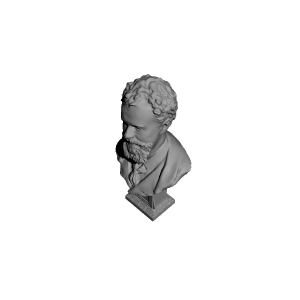