3D
Scan The World
3,103 views 134 downloads
1 collection
Community Prints Add your picture
Be the first to share a picture of this printed object
0 comments

Sir Henry Cole (1808-82) was an official who played a leading role in the schools of design and, in close association with Prince Albert, helped organise the Great Exhibition on 1851. A vigorous promoter of the South Kensington Museum and numerous other projects, Cole was secretary of the Science and Art Department. The plaster but was made by Sir Joseph Edgar Boehm in 1875. 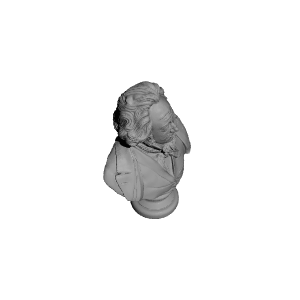 ×
1 collections where you can find Sir Henry Cole at The National Portrait Gallery, London by Scan The World