3D
360°
Featured Scan The World
3,008 views 304 downloads
1 collection
Community Prints Add your picture
Be the first to share a picture of this printed object
0 comments

This marble portrait of Sir Mark Pleydell was created for the sitter between the 12th and 15th May 1755 at a cost of £86. The work formed part of the chimney piece in the Saloon at Coleshill as an integral feature.

Sir Mark Pleydell was the owner of the Inigo Jones-designed Coleshill House from 1728 to 1768. On his death, his son-in-law, William Bouverie, who in 1761 had succeeded his father as Viscount Folkestone, owner of Longford Castle, Wiltshire, and in 1765 was created Earl of Radnor succeeded Coleshill. The Earl of Radnor retained Coleshill until it passed, in 1889, at the death of the 4th Earl to his second son, The Hon. Duncombe Pleydell Bouverie.

The work was commissioned for the sitter's home at Coleshill House. it was removed from the house when the building was destroyed by a fire on the 23rd September 1952 under the ownership of Ernest Cook who had destined the house and its contents to the National Trust. It was on loan to Clock House in Coleshill between 1963-83 before it was given on loan to The Victoria and Albert Museum, London. 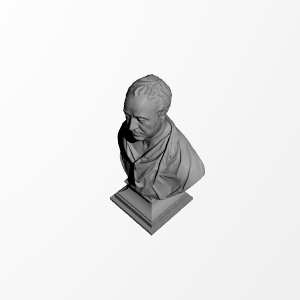