3D
Scan The World
2,439 views 80 downloads
Community Prints Add your picture
Be the first to share a picture of this printed object
0 comments

This is a marble bust completed in 1845 by sculptor Thomas Campbell; it depicts Sir Robert Smirke. Smirke (1 October 1780 – 18 April 1867) was an English architect, one of the leaders of Greek Revival architecture, though he also used other architectural styles. As architect to the Board of Works he designed several major public buildings including the main block and facade of the British Museum, He was a pioneer of the use of concrete foundations. 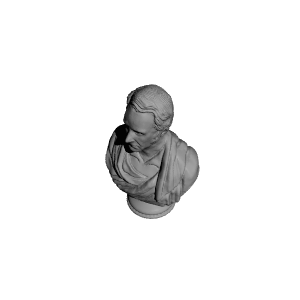 ×
0 collections where you can find Sir Robert Smirke at The British Museum, London by Scan The World