3D
Scan The World
3,437 views 84 downloads
Community Prints Add your picture
Be the first to share a picture of this printed object
0 comments

Sir Robert Walpole was Britain's first Prime Minister in all buy name. He enjoyed immense power, royal support and a Whig majority in the House of Commons between 1721 and 1742. Although he was accused of bribery and favouritism, his long period of power encouraged political stability and economic prosperity.

Following Britain's involvement in an unsuccessful war against Spain, Walpole came under attack and he resigned in 1742. The level of popular resentment against him can be judged by comparing Rysbrack's ennobling, classical bust, probably modelled around 1726, with this grotesque engraving of 1743 that satirises the complacency of 'The Late Premier Minister'. The bust is made from terracotta by John Michael Rysbrack, 1738. 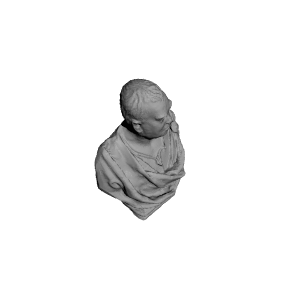 ×
0 collections where you can find Sir Robert Walpole at The National Portrait Gallery, London by Scan The World