3D
Featured Scan The World
2,648 views 298 downloads
2 collections Add to collection
9 0
Community Prints Add your picture
Be the first to share a picture of this printed object
0 comments

Sir William Reid Dick RA (1879–1961) was a Scottish sculptor known for his innovative stylisation of form in his monument sculptures and simplicity in his portraits. He became an Associate of the Royal Academy in 1921, and a Royal Academician in 1928. Dick served as president of the Royal Society of British Sculptors from 1933 to 1938. He was knighted by King George V in 1935. He was Sculptor in Ordinary for Scotland to King George VI from 1938 until his death. 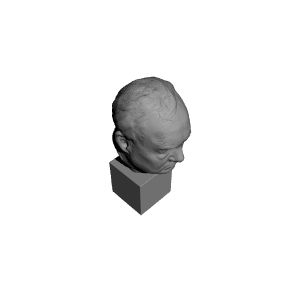