3D
Scan The World
1,160 views 35 downloads
Community Prints Add your picture
Be the first to share a picture of this printed object
0 comments

This altar comes from Athens.

One face represents Hermes as a ram-bearer. The female figure on the right side is probably Aphrodite.

This is a work of the 1st century B.C., inspired by an Archaistic prototype of the 5th century B.C.

Such altars were used for offerings and sacrifices during religious ceremonies dedicated to the gods. 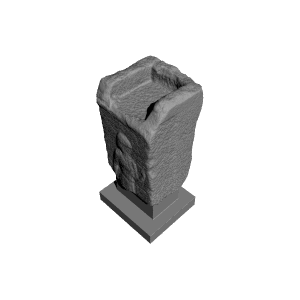