3D
Scan The World
3,278 views 247 downloads
1 collection
Community Prints Add your picture
Be the first to share a picture of this printed object
0 comments

This public sculpture in Victory Park depicts the greeting between two soldiers, at the ending of the Second World War.

Victory Park was only completed in the mid-nineties, and is something of a last gasp for the Soviet tradition of monumental triumphal art. Located on and around the Poklonnaya Gora - the hill where Napoleon waited in vain to be given the keys to the city when his troops were surrounding Moscow in 1812 - the park is set in an area steeped in Russian military history. 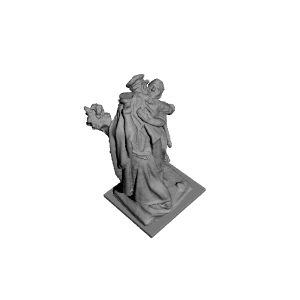 ×
1 collections where you can find Soldiers by Scan The World