3D
360°
1,058 views 28 downloads
Community Prints Add your picture
Be the first to share a picture of this printed object
0 comments

I was at work and one of the guys in the paint shop asked if i could fix the scale. the screen was bad. I ordered a new screen and installed it when it came in. but when i took the scale apart i found that all of these things I guess they are called spiders? they go under the weighplate. they make sure the weight is evenly distributed across the whole plate. So i took what was left of the original one on the scale and made something similar that fits the scale. it works! Print these as a complete replacement, Or you can print these and use them until your parts come in (the new topend of the scale took about a month to come in). Just thought i would share my design because it took me a while to figure out what the part was even called. thanks for downloading! 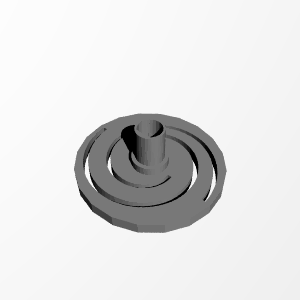