3D
4,685 views 200 downloads
Community Prints Add your picture
Be the first to share a picture of this printed object
0 comments

The St. Louis Rams are a professional American football team based in St. Louis, Missouri. They are currently members of the West Division of the National Football Conference (NFC) in the National Football League (NFL). The Rams have won three NFL Championships (two pre-merger, and one Super Bowl), and are the only NFL team to win championships in three different cities (Cleveland, Los Angeles, and St. Louis). 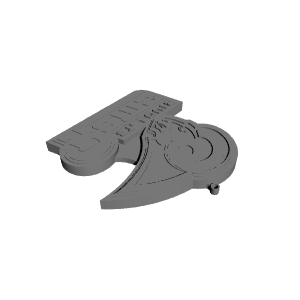