3D
Scan The World
2,349 views 116 downloads
Community Prints Add your picture
Be the first to share a picture of this printed object
0 comments

This is a sculpture of Saint Sebastian (died c. 288 AD), who was an early Christian saint and martyr. According to traditional belief, he was killed during the Roman emperor Diocletian's persecution of Christians. He is commonly depicted in art and literature tied to a post or tree and shot with arrows, just like here. 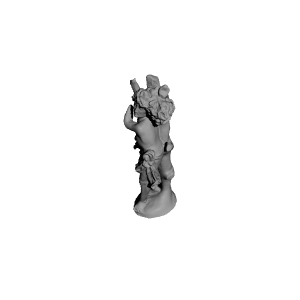 ×
0 collections where you can find St. Sebastian by Scan The World