3D
Scan The World
4,745 views 285 downloads
Community Prints Add your picture
Be the first to share a picture of this printed object
0 comments

×
See your Inbox
×
×
Click & Print preview
4 0 Add to Collection
Description
Stanisław Wawrzyniec Staszic [staˈniswaf ˈstaʂit͡s] (6 November 1755 – 20 January 1826) was a leading figure in the Polish Enlightenment: a Catholic priest, philosopher, geologist, writer, poet, translator and statesman. A physiocrat, monist, pan-Slavist (after 1815) and laissez-fairist, he supported many reforms in Poland. He is particularly remembered for his political writings during the "Great (Four-Year) Sejm" (1788–92) and for his support of the Constitution of 3 May 1791, adopted by that Sejm.
He co-founded the Warsaw Society of Friends of Learning (precursor to the Polish Academy of Sciences), of which he became president. He served as a member of the State Council of the Duchy of Warsaw and as minister of trade and industry in Congress Poland. Staszic is seen as the father of Polish geology, statistics, sociology, Tatra Mountains studies and exploration, mining and industry.
This object is part of "Scan The World". Scan the World is a non-profit initiative introduced by MyMiniFactory, through which we are creating a digital archive of fully 3D printable sculptures, artworks and landmarks from across the globe for the public to access for free. Scan the World is an open source, community effort, if you have interesting items around you and would like to contribute, email stw@myminifactory.com to find out how you can help.
Show more Show less
License
Printing Details 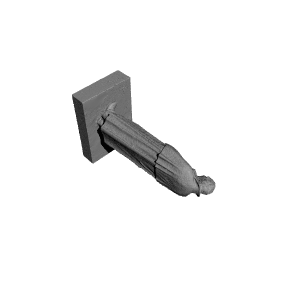 ×
0 collections where you can find Stanisław Staszic sculpture in Lodz, Poland by Krzysztopor.