3D
Scan The World
1,463 views 68 downloads
Community Prints Add your picture
Be the first to share a picture of this printed object
0 comments

This statue was a votive offering to Poseidon and stood before his temple. Its over-lifesize scale is striking and testifies to the tendency of early Archaic sculptors to create impressive colossal statues. 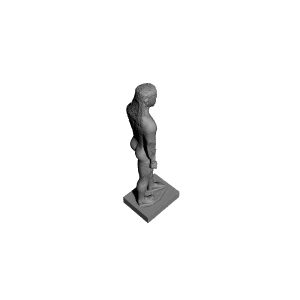