3D
Scan The World
2,586 views 160 downloads
Community Prints Add your picture
Be the first to share a picture of this printed object
0 comments

Aristogeiton, along with his lover Harmodius, became known as the Tyrannicides after they killed the Peisistratid tyrant Hipparchus, and were the preeminent symbol of democracy to ancient Athenians. Aristogeiton was all the more famous that it is said he was tortured before killed to make him reveal the other conspirators – which he did not. After the establishment of democracy, he became the subject of numerous statues. This is a Roman copy from an Athenian original of 477-476 B.C. 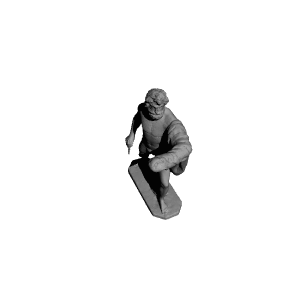