3D
Scan The World
4,023 views 110 downloads
4 collections
Community Prints Add your picture
Be the first to share a picture of this printed object
0 comments

Atlas is a mythical figure who bears the world on his shoulders. This fragment possibly comes from a monument erected soon after Macedonia became a Roman province in 148 B.C.

Along with a second figure, or incorporated in a series of such figures, it may have decorated the facade of a building, in accordance with the well-known architectural motif of Atlas. 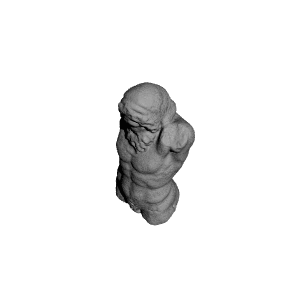