3D
Scan The World
1,871 views 85 downloads
Community Prints Add your picture
Be the first to share a picture of this printed object
0 comments

A sanctuary had been found in the territory of Ariccia and Casaletto, dedicated to Demeter and Koré, divine personifications of the generative forms of the earth. Numerous terracotta objects were discovered in a votive deposit.

A statue of Koré in reddish clay worked on by fettling and in part by a die box. The goddess has a chitone and a cloak, sitting on a throne and is ornated with Magna Grecia like jewellery. She is holding a votive piglet in her left. 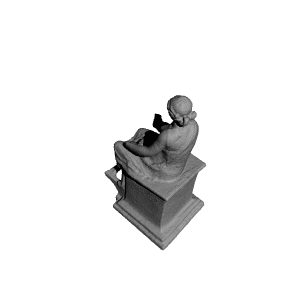