3D
Scan The World
2,243 views 81 downloads
Community Prints Add your picture
Be the first to share a picture of this printed object
0 comments

The statue represents the young poet bewitching animals with his song. Orpheus was a legendary musician, poet, and prophet in ancient Greek religion and myth. The major stories about him are centered on his ability to charm all living things and even stones with his music, his attempt to retrieve his wife, Eurydice, from the underworld, and his death at the hands of those who could not hear his divine music. As an archetype of the inspired singer, Orpheus is one of the most significant figures in the reception of classical mythology in Western culture, portrayed or alluded to in countless forms of art and popular culture including poetry, film, opera, music, and painting. 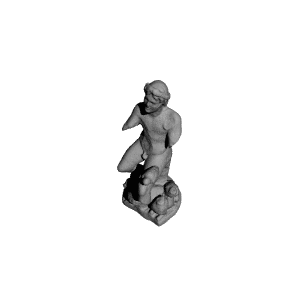