Statuette of a Young God

3D
Scan The World
1,377 views 71 downloads
Community Prints Add your picture
Be the first to share a picture of this printed object
0 comments

Statuette of a Young God

The sinuous and sensual attitude of the character, probably supported on his left to a tree or support, can make think of Dionysus (Bacchus). But the detail, under the nape, of an end of hood or indeterminate headdress directs towards another mythological character which remains to be identified. The Greek original of which this Roman sculpture is one of the replicas is datable from the middle of the fourth century BC.
Daniel Cazes, June 2001. 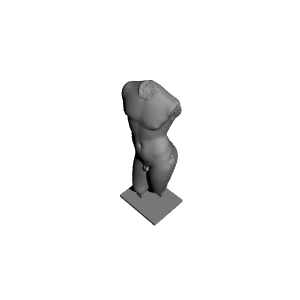