3D
Scan The World
2,057 views 53 downloads
Community Prints Add your picture
Be the first to share a picture of this printed object
0 comments

King Adad-Nirari III, son of Samsi-Adad V, was King of Assuria. First he was king with his mother Summuramat acting as regent (860-810 B.C.) and until 783 he ruled by himself.

"In my fifth year of reign, when I took my seat on the royal throne in might I mobilized the forces of my land., widespreading armies of Assyria. I gave the order to advance against palashtu (Palestine). The Euphrates I crossed at its flood. " 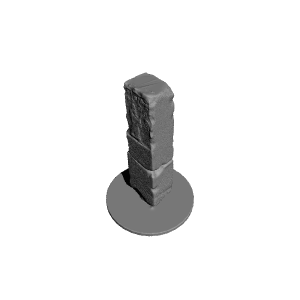