Stele of the hero Makedon

3D
Scan The World
1,000 views 36 downloads
Community Prints Add your picture
Be the first to share a picture of this printed object
0 comments

Stele of the hero Makedon

Makedon, also Macedon (Ancient Greek: Μακεδών) or Makednos (Μακεδνός), was the eponymous mythological ancestor of the ancient Macedonians according to various ancient Greek fragmentary narratives. In most versions, he appears as a native or immigrant leader from Epirus, who gave his name to Macedon, previously called Emathia or Thrace. 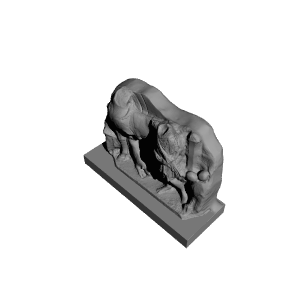