This stone relief represents a female figure associated with the earth and 'deep layers', the so-called underworld; for this reason its position is horizontal.

Women in the underworld are featured with claws instead of hands and feet, as well as ribs which were discarded. Women who died in childbirth were warrior goddesses, the corpses were often entombed in clay sculptures of the Classical Period in the centre of Veracruz.

This figure is also related to the goddess Xochiquetzal, a deity of the products of the land and "mother of twins": the heads that she has at her side present her in several codices of the Borgia Group show Quetzalcoatl-Ehecatl as god of the wind. The sculpture had been considered an allusion to this god, as a morning star, and had been placed with the head up. It was also thought that it was the evening star and settled in an inverse manner. But, taking into account all its elements, finally, it was identified as the representation of the goddesses of the Gulf Coast, through the images of the earth, as the place where death and life are born. 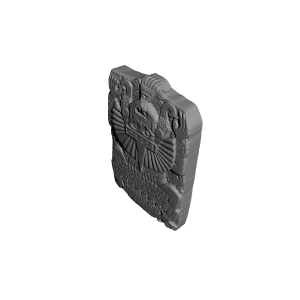 ×
6 collections where you can find Stone of Tepetzintla by Scan The World
×
Louise Krasniewicz
@LouiseK
0
Printed on: MakerBot Replicator 2
Material: PLA
Posted at: 06th October 2022