3D
1,618 views 248 downloads
1 collection
Community Prints Add your picture
Be the first to share a picture of this printed object
0 comments

A dog whistle designed specifically for 3d printing. STL and Prusaslicer 3MF files are included. I noticed that many other dog whistles on sites such as Thingiverse had a tapered end close to the lanyard hole that would break off very easily when the whistle was dropped. This was the only whistle I tested that survived a 5 metre drop test on to a marble floor. Note that the weakest point on this whistle is the hole where the air comes out. No whistle that I tested survived being thrown up ~20 metres before falling onto concrete-but while all the other whistles I tested broke in multiple places this was the only one that broke into two pieces. FFF 3D Printed dog whistles do not come much stronger than this. Like this object? Don't forget to hit that like button;)

0.2 to 0.25 layer height has worked fine for me. If you are using Prusaslicer then you can use my 3mf with variable layer height already prepared. 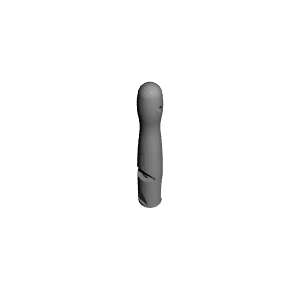 ×
1 collections where you can find Strong Dog Whistle by cork3dprinting