3D
360°
Featured Scan The World
5,783 views 1,246 downloads
11 collections
Community Prints Add your picture
Be the first to share a picture of this printed object
2 comments

This plaster sculpture was created by Derry-born Irish sculptor James Heffernan (1785-1847) and was exhibited at the Royal Academy in 1825. The work depicts the biblical character Susannah at the Bath. 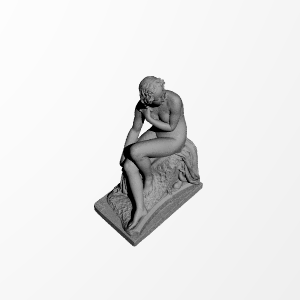