The sculptor, during his whole artistic life, has remained attached to antiquity and we can see references to it in multiple of his artworks like in this one.

He is known for having started sculpting just at the age of 54, the biggest regret of his life was that he did not start earlier as he said multiple times.

The peculiarity of this sculpture is the fact that it was polychromous. The sculpture represents a woman holding a statuette in her hand. The woman sits on top of architectural ruins.

The name of the work, references a Greek Villa named Tanagra. In ancient times, this was the places where all the terracotta statuettes were painted, just like the one that the woman is holding in her hand. The statuette is a faithful reproduction of the originals discovered more than twenty years before this piece was made by the artist. The is why he includes some ruines, they are an archaeological reference to the finding of those statuettes.

The woman sits protecting the sculpture in her hands, she is an allegory of the villa were the statuettes were made.

Also, at the time the choice to paint the small statuette as reference to the old ones, is a very innovative choice. He uses an old technique which is a mixture of wax and pigments. 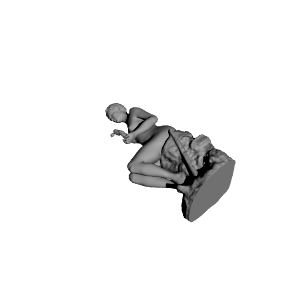 ×
1 collections where you can find Tanagra by Scan The World