3D
11,120 views 591 downloads
3 collections
Community Prints Add your picture
Be the first to share a picture of this printed object
0 comments

The eponymous character Tank Girl drives a tank, which is also her home. She undertakes a series of missions for a nebulous organization before making a serious mistake and being declared an outlaw for her sexual inclinations and her substance abuse. The comic centres on her misadventures with her boyfriend, Booga, a mutant kangaroo. The comic's style was heavily influenced by punk visual art, and strips were frequently deeply disorganized, anarchic, absurdist, and psychedelic. The strip features various elements with origins in surrealist techniques, fanzines, collage, cut-up technique, stream of consciousness, and metafiction, with very little regard or interest for conventional plot or committed narrative.

The strip was initially set in a stylized post-apocalyptic Australia, although it drew heavily from contemporary British pop culture. 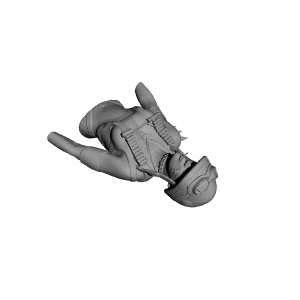 ×
3 collections where you can find Tank Girl Bust by soulorigin89