3D
Scan The World
1,675 views 83 downloads
Community Prints Add your picture
Be the first to share a picture of this printed object
0 comments

The woman may be an elderly heraira whose tattoed body may indicate that she comes from Thrace. She may be intended as a caricature of a statue of Aphrodite, the goddess of love. To the ancient Greek viewer she would symbolise how a woman ought not to appear, ugly and overweight.

In ancient Greece, hetairai were courtesans—educated, sophisticated female companions. Although most of them engaged in sexual relations with their patrons, hetairai were not simple prostitutes. 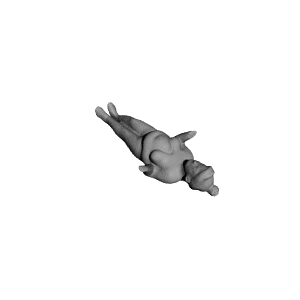 ×
0 collections where you can find Tattooed Courtesan at The British Museum, London by Scan The World