This object was made in Tinkercad. https://www.tinkercad.com/things/cb7SuSU0Lnb

This creature is very energetic, with big boxing gloves for jumping and hugging people with. It loves flowers and books and it can be shy when you first meet it, but once you get to know it, it is very happy and will be a great friend!

Once there was a land far far away, where lots of strange creatures roamed. These creatures were all different, but they had one thing in common. They were all parts of creatures from Earth, for example a dog-bird or a monkey-giraffe. But one day a different creature was born. No one had seen anything like it before. No one could figure out what he was. His parents did not like that he was strange, and so they left him on his own. He was very sad for a while, wandering around the land. He tried talking to other creatures to see if he could figure out what he was, but no one knew. One day he came across a rainbow bridge. He stared at it, wondering where it lead. He headed down it, and he saw a whole new world. He decided to live there. No one knew what he was there either, but they didn’t care, because he was unique! He lived the rest of his life in a castle with all of his friends. 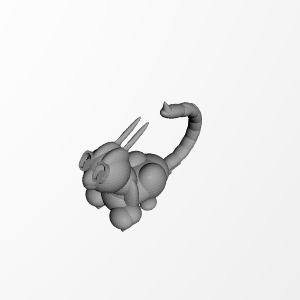 ×
0 collections where you can find TeaTea by Val1