3D
Scan The World
1,358 views 33 downloads
1 collection
Community Prints Add your picture
Be the first to share a picture of this printed object
0 comments

Tell Halaf is an archaeological site in the Al Hasakah governorate of northeastern Syria, near the Turkish border, just opposite Ceylanpınar. It was the first find of a Neolithic culture, subsequently dubbed the Halaf culture, characterized by glazed pottery painted with geometric and animal designs. The site dates to the 6th millennium BCE which was a Hittite ruling city at first and was later the location of the Aramaean city-state of Guzana or Gozan in the 10th century BCE. By the end of 9th century BCE the city and its surrounding area was incorporated into the Assyrian Empire. During the Syrian Civil War, People's Protection Units took control of the area. 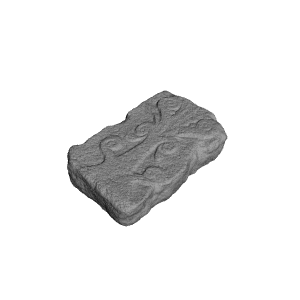