3D
6,427 views 405 downloads
5 collections
Community Prints Add your picture
Be the first to share a picture of this printed object
0 comments

One of the jewels of the city of Querétaro, in central Mexico, a UNESCO World Heritage Site.

The catholic church of the Holy Cross (Santa Cruz) was built in the place where tradition has it that the Spanish explorers won a battle against the natives in 1531. That place marks the foundation of the city of Querétaro, and the surrounding boroughs became the first of the new city. The temple was finished in 1735.

MiniWorld is the collection of 3D printed landmarks of the world! All models are original, made from scratch by hand and brain, please give credit, it's all about spreading culture! 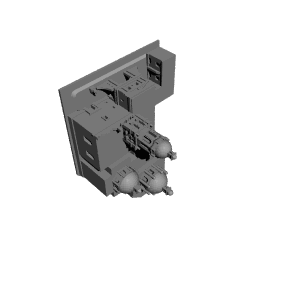