3D
Scan The World
3,333 views 273 downloads
3 collections
Community Prints Add your picture
Be the first to share a picture of this printed object
0 comments

In the seventh and sixth centuries BC, the independent city states of Chalkis and Eretria on Euboea, and Thebes and Tanagra in Boeotia, enjoyed considerable prosperity and success.

The Euboeans were great sailors, probably the first of the mainland Greeks to establish a foothold at Al Mina on the Syrian coast, and certainly the first to found new colonies in southern Italy and Sicily. Sixth-century Euboean pottery is modelled on that of either Corinth or Athens. 'Chalcidian' vases are so-called because they are generally thought to have been made by Euboean immigrants to southern Italy, possibly at Rhegion (Reggio di Calabria). They are one group in a large number of black-figured vases of which the place of manifacture is unknown, and which combine mainland Greek and western, sometimes even Etruscan-seeming elements of style and subject-matter.

The Boeotian city of Tanagra was endowed with good supplies of clay, and from the archaic period ontards it appears to have specialised in the production of high-quality terracotta figurines. Some of the hand-modelled animals look like toys, but the horses and horsemen are reminders of contemporary military activities. 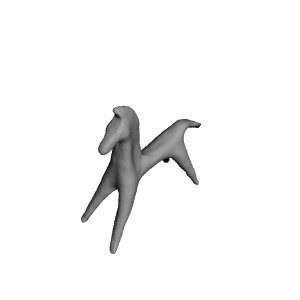 ×
3 collections where you can find Terracotta Horse at The British Museum, London by Scan The World