3D
Scan The World
3,468 views 261 downloads
1 collection
Community Prints Add your picture
Be the first to share a picture of this printed object
0 comments

Thousands of such terracotta masks were found in the Sanctuary of Artemis Orthia. Most of them were originally painted. Different types of faces are represented: satyrs, gorgons, ugly and wrinkled faces ('warriors') and caricatures. Such masks have a long tradition in the Near East and are a striking example of foreign influence at Sparta.

The masks may have been used in the cult of Artemis, for example in ritual dancing or drama; they could be held or attached to the head with strings, as some masks are perforated around the edge. 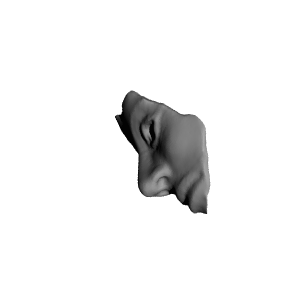